Benoni Defense: Yes, You Can Win With Black

If you’re tired of the safe and solid Queen’s Gambit Declined and want to liven your games with dynamic imbalances, then the Benoni Defense is for you. There are few openings more dynamic than the Modern Benoni Defense.

That’s not to say the Benoni Defense relies on traps and tricks. There is a sound strategy in the Modern Benoni Defense; it is just that sometimes it calls for courageous play.

The Modern Benoni Defense is not for you if you are hesitant to play exchange sacrifices or value material equality over piece play. There are risks in playing unbalanced positions, but these are calculated risks.

Black gets enough compensation for any material deficit and chances to play lively, attacking chess. Welcome to this beautiful chess opening and an added richness to your game.

Unsurprisingly the Modern Benoni Defense was an excellent fit for Mikhail Tal. It is easy to forget that the theory was still getting worked out when Tal played the Benoni Defense.

Despite this, Tal could score impressive victories with the Benoni Defense. By all means, follow Tal and Ivanchuk’s daring play and give up your queen, but in most of your games, you won’t need more than an exchange sacrifice to keep the initiative.

The most striking imbalance in the Modern Benoni is the pawn structure. Black often seeks to take advantage of his queenside majority in the middlegame. 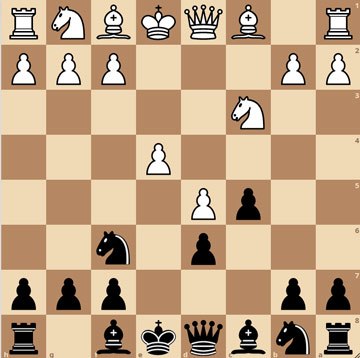 Black will fianchetto his bishop on g7, which will place added pressure on White’s queenside. Because Black exchanged the e-pawn for White’s d-pawn, the bishop on g7 will be on an open diagonal.

The Na6-c7 maneuver is a standard way for Black to support the b5 advance.

When White plays a4 to prevent b5, the knight can go to b4. From b4, the knight controls the important d3 squares.

Another vital strategy for both sides is to fight for control of the e5 square. White will play to get in the e5 pawn advance while Black will seek to prevent it by occupying the e5-square with a knight.

Active piece play is crucial for Black since he often concedes a space advantage to White. The active knights are essential for Black to take the fight to White.

Despite having castled on the kingside, the pawn advances …f5 and …g5 are frequently played. The Modern Benoni Defense is not an opening for the timid.

Black’s light-squared bishop is the one piece he’d dearly like to exchange. Given the opportunity, Black will play …Bg4 and …Bxf3.

This exchange favors Black because the white knight on f3 supports the e5 push. When White recaptures with the bishop on f3, its pawns will block it.

…Re8 is another crucial move for Black to remember. On e8, the rook places pressure on the e4 pawn, makes it harder for White to play e5, and frees the f8 square for the bishop. Although it seems strange to undevelop the bishop, it is sometimes the only way to defend the d6 pawn.

The d6 pawn is weak, but it is not easy for White’s pieces to attack the pawn, as the following three main variations show.

The development of the knight to f3 on move seven characterizes the Classical variation. A sound strategy for Black, and one adopted by Bobby Fischer, is to put pressure on the e4 pawn with 9…Re8.

Placing the rook on the semi-open file makes a lot of sense. The rook on e8 makes it harder for white to play the e5 advance.

Although such a direct threat against the pawn is unlikely to be missed by your opponents, you tied down their pieces to defend this vital central pawn. Every piece that is on a defensive duty is one less attacking piece for your opponent.

In this instance, White usually chooses to defend the e4 pawn with Nd2, which blocks the c1 bishop. If White defends with 10.Qc2 then increasing the pressure on e4 with 10…Qe7 is an excellent strategy.

Playing with a plan makes it much easier to find the right moves. The whole idea behind 9…Re8 is to pressure the e4 pawn, so continuing in this manner means finding …Qe7 is not tricky. 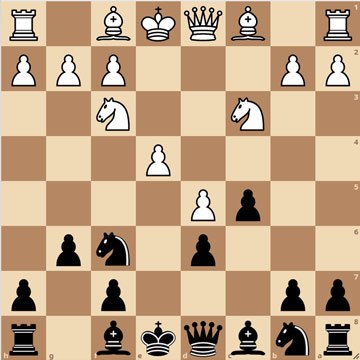 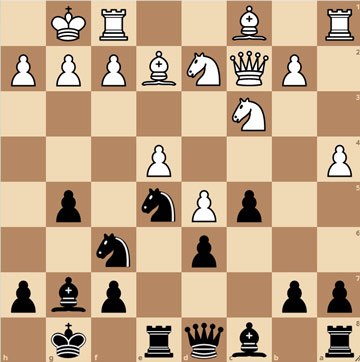 With only two pieces on the kingside (the rook and bishop), White will find it hard to take advantage of any weaknesses caused by …g5. On the other hand, Black already has a numerical advantage in this sector and can soon bring the light-squared bishop and queen into the attack.

Similar to our strategy against the Classical Variation, with 7.f4 and 8.Bb5+ White seeks to draw our knight from f6 to d7.

Blocking the check with 8…Nfd7 allows the bishop on g7 to protect the e5 square. The tempo loss will be regained when White is forced to move the bishop on b5 again.

Because White played an early f4, the move e5 is a real threat and would cause Black many problems.

Leaving the bishop on b5 helps Black to play …a6 with tempo. This pawn advance is often a prerequisite to playing …b5, and if it can get done with tempo, even better. 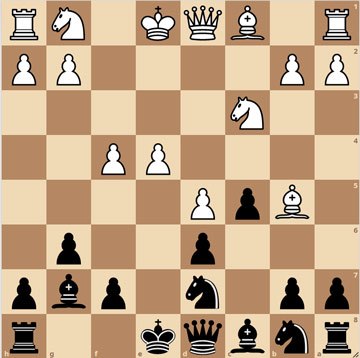 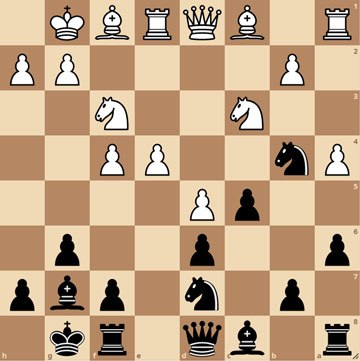 Notice how the Black knights hinder white’s development. The knight on b4 controls the d3 square, and if White develops the bishop to e3, then …Nf6 gains a tempo by attacking the e4 pawn.

Please look at the excellent kingside attack Kevin Wang produced in his game against Justin Sarkar.

By developing the bishop to d3 before playing Nge2, White adopts a more aggressive approach than with 7.Nge2. In the variation with 7.Nge2, the knight almost always has to go to g3 to allow the light-squared bishop to develop.

The knight on g3 removes the option of playing Bg5 because the bishop has no retreat square after …h6 and Bh4. In this instance, developing the bishop before the knight is better.

One of the advantages of developing the knight to e2 is that it prevents Black from exchanging the light-squared bishop with …Ng4 and …Bxf3. The drawback of this developing move is that it does not help fight for the crucial e5 square.

When White plays Bd3, Black needs to view the d5 pawn as a potential target since the queen no longer protects it. 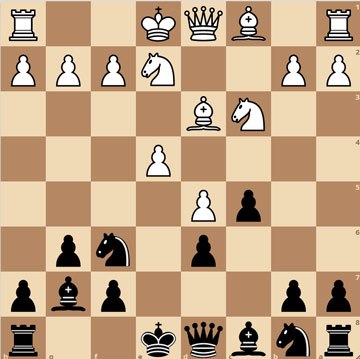 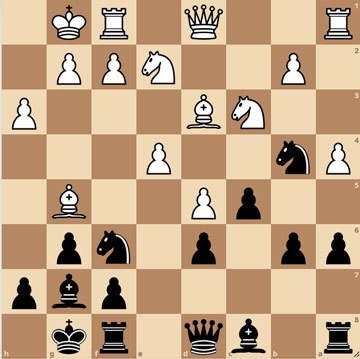 Controlling the b5 square with 12…a6 is a safe approach, but more in keeping with the spirit of the Benoni Defense is 12…h6 and if 13.Bh4 then 13…g5. The move 12…h6 is most likely a novelty and is recommended by FIDE Master John Doknjas in his excellent book “Opening Repertoire: The Modern Benoni.”

After all, playing the Modern Benoni Defense with a safety-first mindset does seem a little strange. Pushing pawns on the kingside is undoubtedly more exciting.

The Modern Benoni Defense is not for the faint-hearted. This chess opening will test you to see if you can remain calm with all the mayhem going on across the board.

In the Modern Benoni Defense, it is important to watch the center and queenside while keeping track of the opportunity for a kingside attack. It is not uncommon to pose threats to White across the board, which is what we dream of when playing black.

The common tactics and strategic elements in the Modern Benoni Defense help lighten the theoretical workload of this chess opening. Control of the e5-square is vital in all variations, and occupying the b4-square after a4 happens frequently.

Although it might appear complex, the Modern Benoni Defense is surprisingly easy to learn. The biggest challenge is being ready to play exchange sacrifices.

However, if you follow the advice of Lady Macbeth and “Screw your courage to the sticking place,” the Modern Defense will serve you well for many years. The good news is that it is perfectly okay to eliminate the king in chess.