Play the Ruy Lopez and Become a Better Player

The Ruy Lopez teaches you a lot about the classical principles of the chess opening, and the Closed Variation, with 9 h3, will deepen your understanding of chess. No matter which side of the Ruy Lopez you find yourself on, you will learn much about chess.

Of course, an opening with as much history as the Ruy Lopez will have acquired a large amount of theory. Do not let this stop you from playing one of the most respected chess openings, but take your time and enjoy every small step towards mastering the opening.

Notable Games in the Ruy Lopez

Ideas and Strategies Within the Closed Ruy Lopez 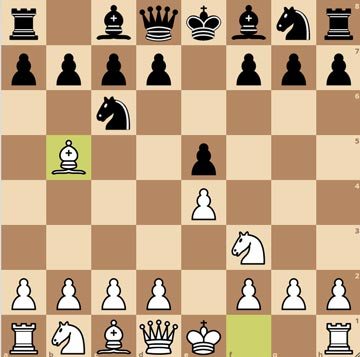 By developing the bishop to b5 and not c4, where it attacks f7, white effectively invests in a long-term strategy. There will be no quick attacks against f7 with Ng5, as happens in the Fried Liver Attack.

White chooses to apply pressure to Black's stake in the center – the e-5 pawn. Further pressure gets applied with the d4 advance, supported by c3.

All of this takes time, which Black can use for his development, and this development is what makes white reluctant to open the position early.

The most popular response is 3…a6, putting the question to the bishop right away. White's light-squared bishop s a crucial attacking piece, although it does find itself fulfilling a supportive role early in the opening.

Because of its potential in supporting the center from c2 and aiding in an attack on the kingside, white will more often retreat the bishop than exchange it on c6.

Moving Forward to the Start of the Closed Ruy Lopez 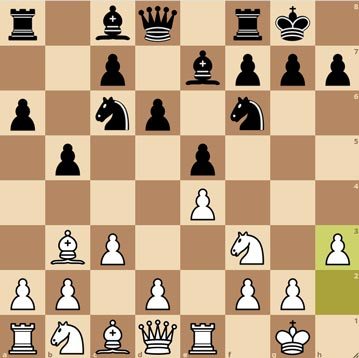 Apart from putting the question to the bishop 3…a6 prepared …b5, removing the threat to capture the knight and then win the e5-pawn. The rest of Black's opening moves were logical developing moves and brought him safely to the start of the Closed Ruy Lopez.

White also played natural moves and will soon advance in the center with d4. Along with gaining space, d4 allows the knight and dark-squared bishop to enter the game.

The knight on b1 will often make its way over to the kingside with Nbd2-f1-g3. From g3, it coordinates well with the other knight, and together they will fight to wrest the f5-square from black.

A white knight on f5 is a potent attacking piece and is worth the time invested in establishing such a knight. Once the queenside knight arrives on g3, the other knight will seek to reach f5 via h4.

After 9.h3, there are three main defenses for black in the Closed Ruy Lopez:

· The Chigorin Defense with 9…Na5

· And the Zaitsev Variation with 9…Bb7

Black intends to exchange his knight for the bishop on b3, obtaining the advantage of the bishop pair. Moving the knight prepares a way to challenge in the center with …c5

White certainly does not want to relinquish the bishop-pair without compensation and naturally retreats the bishop to c2. Although it appears passive, the bishop will help defend the e4-pawn after d4, and it helps support the pawn on f5 after any exchanges on f5. 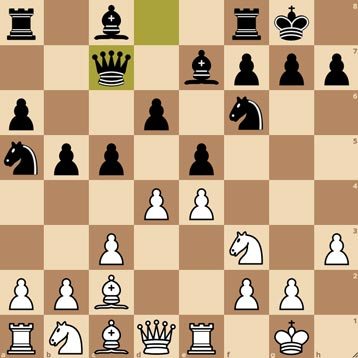 The move 11…Qc7 brings us to the Classical Chigorin Defense. The queen move is a multi-purpose move that frees d8 for a rook, defends the e5-pawn, and looks to support the advance of the c-pawn later in the game.

One of the main problems facing black is what to do with the knights on a5. Since white lost a tempo moving the bishop multiple times, returning the knight to c6 would not cost black in terms of time.

However, the knight on c6 would allow white to advance the d-pawn with a tempo gain after d5. Then there would the knight go?

The bishop on c8 will either develop to d7 or b7, but if you choose b7, it is best to exchange center pawns, or else d5 will shut down the bishop. Black must be careful not to get his knight stranded on a5 after white plays b3 because if white can get in d5 as well, the knight is genuinely stuck.

The only way back for the knight will be through b7, which requires the bishop to move again. Even in closed positions, the knights need squares. Notice how pawns on b3 and d5 totally dominate the knight.

Even if the knight retreats to b7, the only square it can safely reach is d8 when it discovers the white pawn on d5 covers both e6 and d6.

Do not let this happen if you are black, and don't let the opportunity pass if you are playing white.

Here is the sort of position that can arise, and even a player rated 2600+ Elo can find themselves in a terrible situation with black. 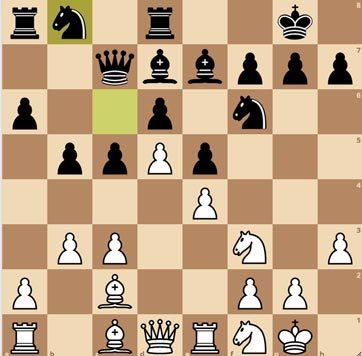 This position arose after move 15 in the game between Ivanchuk and Graf. The game is an excellent example of how dominant a position white can obtain in the Ruy Lopez.

A practical waiting move is …Rd8 which makes exchanging with dxc5 or dxe5 unattractive for white. White, in turn, has an excellent waiting move in b3, keeping the a5-knight from entering the game with …Nc4-b6.

A good strategy for white is not to wait for the black knight to return to c6 from a5 before playing d5. White can simply push the pawn when black plays anything other than 11…cxd4.

The benefit of this strategy is even if black plays 11…cxd4 after 12.cxd4, white can continue with d5 If given a chance. Playing with a space advantage is not an insignificant advantage.

A strategy that you can use in many openings will help cut down the amount of opening theory you have to learn, and you are likely o have a deeper understanding of how to play the positions than your opponent.

There are dangers for both sides in the Ruy Lopez Chigorin Variation. In the next game, Bacrot missed an opportunity to sacrifice a knight on f5, and Svidler didn't give him a second chance.

When Svidler shut down the game with 30…g5, a draw was almost certain, and the players agreed to one a few moves later. 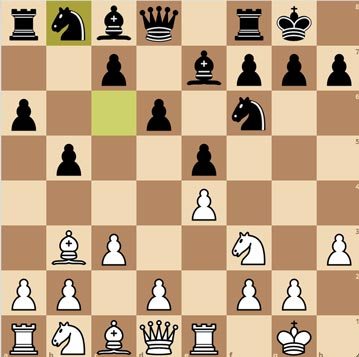 The Breyer Variation is named after Gyula Breyer, and one of the most critical tabiyas in the Ruy Lopez is reached after the next two moves. 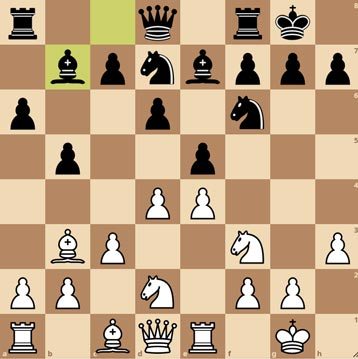 Developing the bishop to b7 before placing the rook on e8 is a must for black. Playing 11…Re8 allows 12.Bxf7+ Kxf7 13.Ng5+ Kg8 14.Ne6 trapping the queen. Playing 11…Bb7 gives the queen breathing room, which is much needed in closed positions.

The position for black looks cramped, but d5 can get met with …c6. Now, if white continues with the standard plan of Nd2-f1-g3, the e4-pawn is lost.

In this position, black has successfully played against many of White's main strategies in the Chigorin Variation.

For example, the d5 advance is not as powerful, and there is no misplaced black knight on a5 to shut out of the game. Black’s e5-pawn is defended twice – by the knight on d7 and d6-pawn. 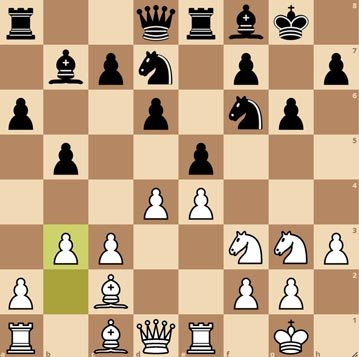 In a battle between two 2700 rated players from this position, the game ended in a hard-fought draw 45 moves later.

The Modern Approach Against the Breyer Variation

Nowadays, instead of 11.Nbd2, a more challenging move for black to face is 11.c4. 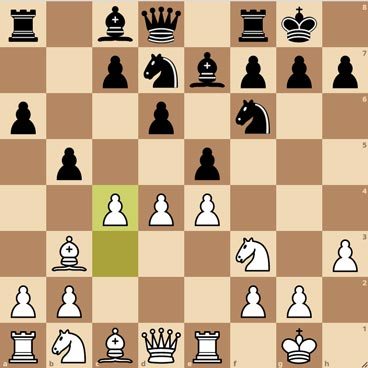 The idea is to develop the knight to c3 instead of d2 and take advantage of Black's slow regrouping to initiate contact between the pawns on the queenside.

Black's best response is 11…c6 and after 12.Nc3 resist the temptation to advance the b-pawn. Instead, keep the tension and play the more flexible 12…Qc7. 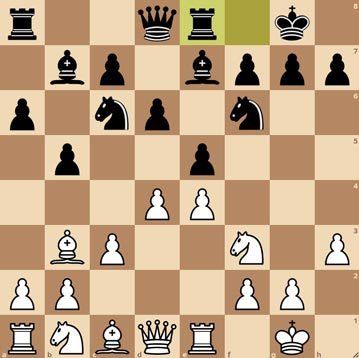 The Zaitsev Variation has led to some excellent chess games, but the pure Zaitsev Variation cannot be used if you need a win. There is a simple draw by repetition if white wants one – 11.Ng5 is attacking f7, and the only defense is 11…Rf8.

We get such riveting games from the Zaitsev variation because very few pieces get exchanged until late in the game. In fact, it is not unusual to reach move 18 with only a pair of pawns exchanged.

This theoretical workload might sound a little daunting if you think of a variation only branching out at move 18, but remember, the first ten moves are sure to be easily remembered. That being said, the Zaitsev does require you to know more theory than the two other main options in the Closed Ruy Lopez.

Developing the bishop on b7 is a sensible way to get it into the game. Undeveloping the other bishop may seem strange until you realize that the bishop will also find itself on the long diagonal after …Bf8, …g6, and …Bg7.

In a closed position, repositioning pieces is a common practice, and removing the bishop from e7 allows Black to place more pressure on white's e4-pawn. 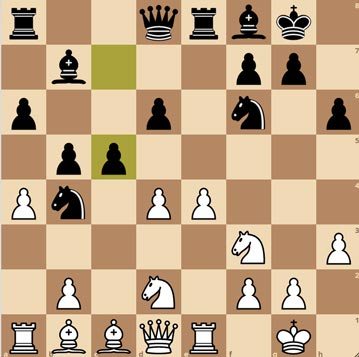 Unlike in the Chigorin Variation, the black knight actively generates play on the queenside and in the center. Active play is essential for black while the white pieces are pushed back.

Notice that even the black bishop on f8 supports Black's queenside activity. This is another reason black must play actively because even though they are on b1 and c1, the white bishops still have a long reach.

The Ruy Lopez chess opening possesses a richness and depth that will undoubtedly continue to delight chess players for many years to come. There is no reason to believe that even after over a hundred years, the popularity of this classic opening will wane.

There are always trade-offs in any opening, and the thought of an early draw in the Zaitsev Variation is not a bad result if you are playing black. Far better to get the draw early than grind one out.

Being aware of the drawish line, you will know to avoid the pure Zaitsev if you find yourself paired against a lower-rated opponent. Other options are available that give rise to similar positions in the Ruy Lopez.

The many options available to both sides ensure that the Ruy Lopez caters to players of all playing styles. You are sure to find a way to reach middlegame positions you enjoy playing with either color.

On the whole, there is a lot of pleasure in playing the Ruy Lopez chess opening and much you can learn about chess too boot.